Your Daily Dose Of Digital Dominance 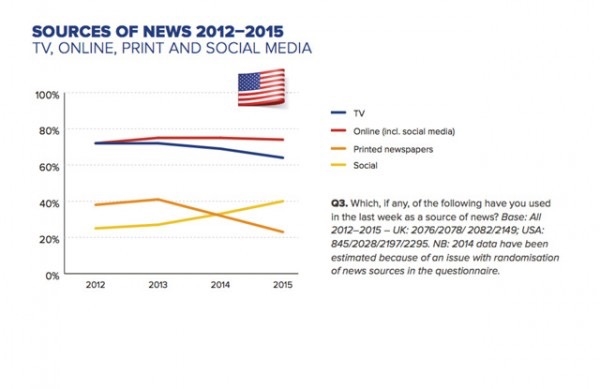 It seems like nearly every day brings a new eye-opening statistic that lends further credence to the fact that digital is not only here to stay, it’s destined to dominate. Perhaps you read the latest piece of news – this time about digital’s growing significance as a news source (if you did so on your smartphone or laptop, give yourself one point for irony).

If you missed the story, the gist is this: digital is America’s top news source – and it’s beginning to leave many of its traditional counterparts in the pixel dust. To quote a key portion of a recent article on the topic, “Online websites have now cemented their position as the nation's No. 1 source of news, overtaking television and practically burying print publications six feet under as younger Americans embrace digital platforms.”

Yes, you read that correctly. When it comes to being sources for news, television and newspapers have been dethroned. Digital is now king. This latest piece of evidence for digital’s rising popularity was strengthened by a recent report from the Alliance for Audited Media, which found that 71 percent of the nation’s top 125 magazines experienced circulation declines for the six-month period ended June 30. The average six-month drop was 11.4 percent, which came on the heels of a 14.2 percent drop in the last six months of 2014.

So as of today, here is where things officially stand when it comes to American news preferences (h/t: Reuters Institute):

Main Sources Of News In The U.S.

It’s now all but undeniable that America’s eyeballs (and the money that chases them) will continue to go digital. And as you can see from the chart below, the trend toward digital (online and social) and away from traditional news sources like television and printed newspapers seems only destined to grow. Throw in the fact that almost 80% of Millennials spend more than two hours of every day using their smartphones (with 87% reporting that their smartphones never leave their side, day or night) and you can see where the future is headed – and it isn’t print. 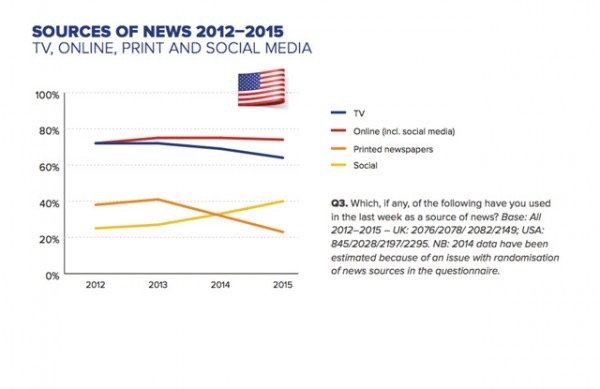 Go With The Growth

With all that said, now is the time to get your message in front an increasingly digital audience. In addition to Pay-Per-Click (PPC), one highly targeted way in which Rhythm can help your organization drive sales is through online display advertising. Because display ads are only presented to individuals using certain websites or keywords, they’re an ideal way to direct messages to specific audiences.

And unlike traditional media, the effectiveness of online display ads is also easy to track and measure. Best of all, having an online ad presence can deliver benefits beyond direct clicks. In fact, an internal study by Google found that consumers who see a brand’s online ad are:

The Future Is Now

The writing’s on the wall (or perhaps the computer screen): digital isn’t just the future, it’s also the present. The Beatles may have believed in yesterday, but if your brand wants to succeed today and into the future, it no longer has that luxury.