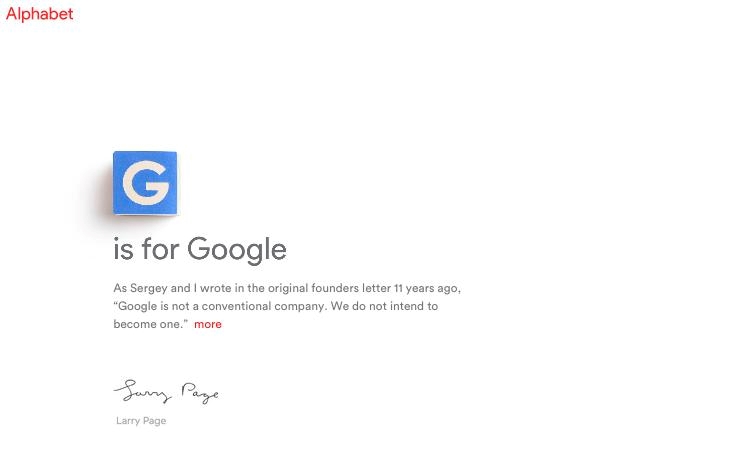 In what may be an Alphabet-related move, Google has just switched its red navigation links with the color blue. So why the change and why blue? While this is pure conjecture on our part, it seems that Google may be having a little fun courtesy of their new Alphabet soup of brands.

For those who’ve been off the grid prepping for doomsday, Google recently shocked and perplexed the world when it announced that its name had officially changed to Alphabet. To clarify a bit, Google will still remain as a search engine (so you won’t be Alphabetting anyone anytime soon) but it’s now part of a collection of companies under Alphabet’s umbrella. Confused? Just Google it.

So back to the mysterious color change. Here are all the details on the color change courtesy of Search Engine Land.

So again, why blue? Well, the answer could involve a mundane and perfectly reasonable explanation, like the fact that blue is a more soothing color than red. Or perhaps people are simply more likely to click on blue links, thereby extending their time spent on Google. Or perhaps the change is far more fun…

Ladies and gentlemen, allow us to present Exhibit G: As you can see from this screen capture of Google’s official Alphabet announcement letter, the color of the Google block is… 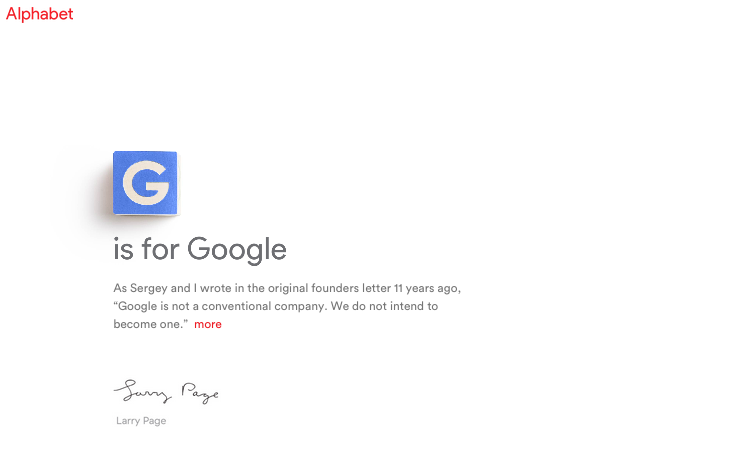 Yep, you guessed it. If this turns out to be right, you heard it here first. If not, you just spent two minutes looking busy at work. So either way, cool. ABC ya later!

Have your own color theory? We’d love to hear it! And, now trending, Google changes its iconic logo for the 5th time.