The Machines Are Running Google. Head For The Hills! 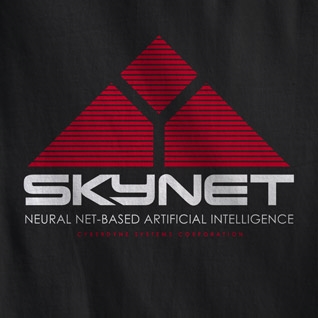 If you think robots are coming for your job someday, you may be right. Especially if you work at Google. After all, the search behemoth is now using AI machines to interpret a large fraction of the millions of search queries being entered by its users each second. Nicknamed “RankBrain,” this cutting-edge system uses artificial intelligence to filter results that often baffle its human overseers. Creepy, right?

In all seriousness, RankBrain isn’t Skynet from Terminator fame. At least not yet! But it is a giant leap forward in machine learning, and it’s becoming increasing vital to Google’s search business. Incredibly enough, RankBrain has become the third-most important signal contributing to the result of a Google search query! So what does RankBrain do, exactly? Besides paving the way for Judgement Day (kidding), RankBrain has been designed to help better interpret complex, “long-tail” queries like “What’s the title of the consumer at the highest level of a food chain?”

In the past, an ambiguous, multi-word query of this nature would present great challenges for non-human entities. But not for RankBrain, which sees patterns between seemingly unconnected complex searches to understand how they’re actually related to each other. It then builds upon this knowledge, allowing the AI to further understand new complex queries. In other words, it’s always learning.

Right now, RankBrain’s information gathering process is done offline. It’s given batches of historical searches and learns to make predictions from these, which if proven valid, are released into the algorithm. This cycle is repeated over and over again until RankBrain becomes self-aware and attempts to destroy the human race (sorry, I just really love the movie Terminator).

The good news about RankBrain is that unless you’re a Doomsday Prepper, there’s really nothing you need to do right now. Given that RankBrain has been live for a few months, any major issues related to your site likely would have already manifested. Welcome to the future!