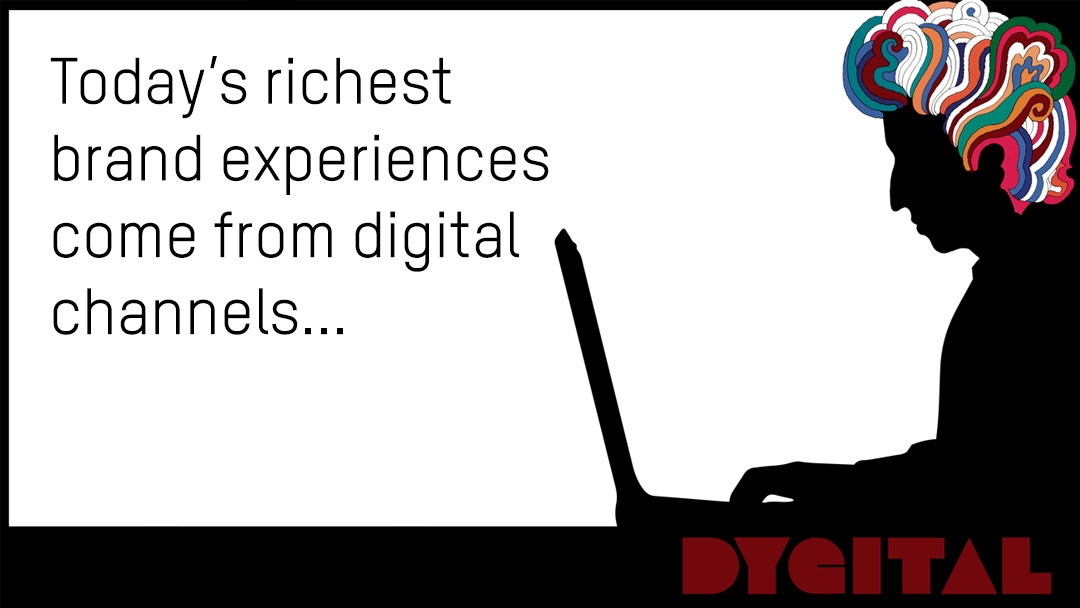 Bob Dylan was right in 1964 and he’s right now – the times they are a-changin.’ But unlike the turbulent ‘60s, today’s revolution is not political, it’s digital. And those most in danger from the changing landscape are traditional marketers who continue to build brands through a broadcast-first model from another era.

So how did this happen?

For more than 50 years, marketers reached relatively passive consumers with a top-down, disruptive approach. This traditional method worked well in a time of limited media options and linear customer journeys. But those days are gone. Over the past few decades the rise of digital technology has led to a fundamental shift in the way that consumers encounter and interact with brands. Today, non-linear customer paths are the norm and marketers must assume that consumers are discovering their brands primarily through digital channels.

So yes, the times they have a-changed. But sadly, many marketers they have a-not. For although the digital landscape has overtaken the traditional one, brands are still being developed in much the same way they have been for decades – with broadcast and print foremost in mind. It’s only after the dust settles that digital implications are considered, if at all.

Quite simply, this is madness.

Today, a new approach is called for – one that better addresses the digital habits and expectations of 21st century consumers. This Digital First approach is a new paradigm for brand strategy in which:

Today, a digital first approach is becoming the only logical branding method for many current and emerging brands whose digital capabilities ARE their business models. Uber and Airbnb are but two examples of huge brands that wouldn’t even exist without digital platforms. They don’t own any cars, or hotels, or apartments. They don’t even have traditional employees. They just help users with very specific needs digitally connect with desired products and services – mostly via mobile. So for organizations of this nature, a digital first approach that focuses on things like how interaction design, animations and transitions are reflected in the brand voice is not only superior to a traditional one, it’s really the only feasible branding option.

But it’s not only emerging brands who benefit from a digital first approach – traditional brands do as well. Why? Because even companies that sell their “traditional” products through “traditional" ways can develop digital capabilities that enhance and redefine their brands – and often their industries as well. For instance, Starbucks (a traditional coffee retailer) just launched a new app that lets its customers order on the go via their mobile devices, pay for their overpriced cappuccinos in advance, and then skip the waiting line upon pickup. This is a simple but genius brand-strengthening digital first strategy – and one that will likely be imitated by competing retailers throughout the coffee industry and beyond.

It’s Time For A Change

In conclusion, brand strategies in existence since the Kennedy administration just won’t cut it anymore. Ultimately, it’s a digital first approach that gives brands (even “old school” ones) a far better chance of truly connecting with modern audiences. After all, consumers make no distinction between “digital” and “traditional” – they simply want and expect seamless interactions and experiences with brands regardless of where they’re encountered. That said, today’s richest brand experiences typically come from digital channels, placing the traditional branding approach well behind the times.

So yes, the times they are a-changin.’

The only question now is will marketers change with them?