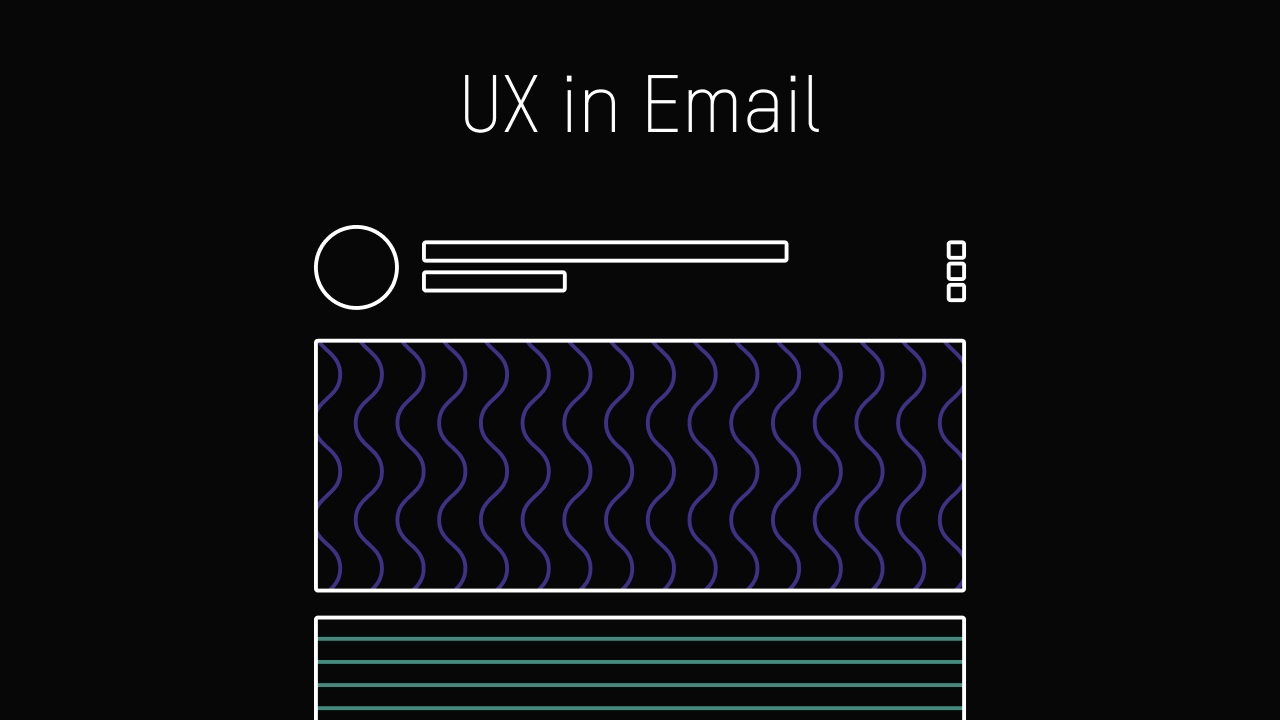 There are many benefits that come from using UX-led designs—increased conversions, reduced business costs, and enhanced customer relationships, to name just a few. In fact, according to research firm Forrester, companies that invest in UX yield an average ROI of more than 9,900%. This means for every dollar spent, they can generate as much as $100 in returns. Yet UX principles aren’t limited to websites and applications alone, they can also be applied to email campaigns. For businesses seeking to improve their numbers, incorporating some of these basic design principles can generate some impeccable results.

It’s time to take a step back from the usual single-column approach and opt for something new! Next time you’re carving out an email campaign, use the s-curve approach. With this tactic, the textual elements and visual components are placed on alternating sides to create an S shape. This technique creates a side-to-side, back-and-forth scrolling motion, making it easier for your audience to read through the material. The s-curve layout also maximizes the negative space in emails so users have enough time to take in each module with undivided attention. Aside from that, the s-curve approach also makes your campaign appear modern and sleek, instead of clumped and outdated.

Break It Into Chunks

Users spend at least 10-14 seconds skimming through each mail in their inboxes, so it’s best to divide your content into bite-sized chunks. Avoid presenting thick blocks of text because they’re more likely to gloss over them. Instead, insert padding between headlines, subheads, and paragraphs to make it more scannable. And don’t forget to keep it short! Avoid bombarding subscribers with too much information. Emails are ideal for providing snapshots of offers and announcements, so try to keep them to 125 words or less. Sending wordy campaigns can encourage users to bounce off or worse, discontinue their subscriptions. If you want to communicate additional information, you can always attach downloadable resources or redirect users to a different webpage.

Many marketers make the mistake of communicating multiple, often conflicting, messages in a single campaign. To increase conversions, focus on just one marketing goal at a time. Don’t ask users to perform multiple actions in one go as this could increase their cognitive load and keep them from actually converting. Furthermore, to yield better results, make sure the CTA buttons are above the fold. Ensure CTA buttons are accessible as soon as users click on the campaign to increase the chances of conversion. Don’t forget to use visual and directional cues to make these buttons more noticeable. Keep in mind that CTA buttons generate more than 127% click-through rates, compared to hyperlinks, so cash in on these elements to boost clicks.

Experts suggest using the Rule of Three in designing email layouts, especially those that include multiple images. In the Rule of Three, texts or images are grouped into a distinct group of threes. Much like in photography, using this structure creates visual rhythm in your campaigns, making it more enticing and scannable to your readers. This design principle also introduces a sense of brevity, which makes information more digestible. Aside from that, the Rule of Three reinforces pattern recognition among subscribers. As a result, there’s faster retention of information among readers when it’s packaged into small chunks.

Set It In Motion

The best way to capture the audience’s attention is through action-based elements. Some businesses incorporate animation into their campaigns to increase engagement and conversions. From frame animations to GIFs, animated content has a way of drawing in subscribers and encouraging action. Just make sure the moving elements you embed into your campaigns are under 2.5MB to avoid loading issues.

Using visuals eliminates the need for words. In email marketing, the visual components are more important as they make the entire campaign more readable and appealing. So it’s crucial to be intentional with the imagery that you choose. Some businesses even incorporate large images that run along the fold line to increase impressions. This technique is a great way to lead subscribers below the line and direct them to CTA buttons. When inserting images, make sure to keep them less than 1MB to ensure they are rendered correctly across different devices.