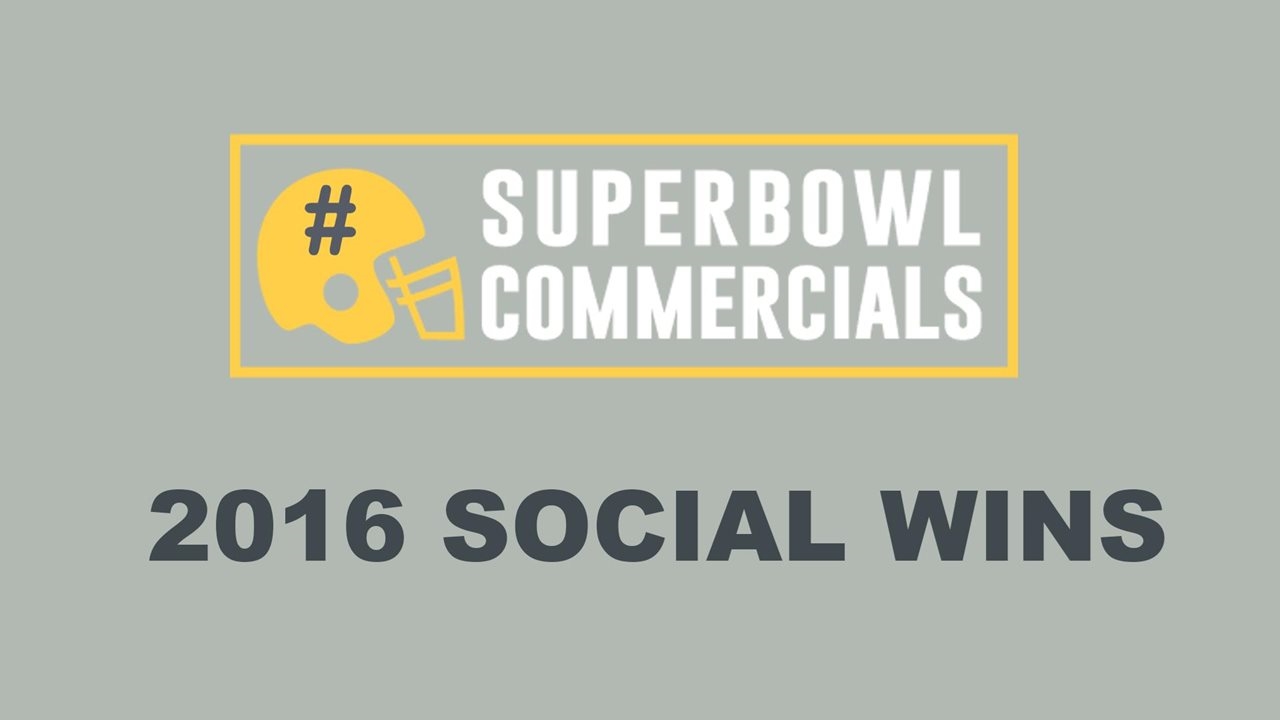 Super Bowl 50 has come and gone. Just like the game itself, the ads too were a bit lackluster. There were a few good picks, but also many fumbles. And while we all have our own favorites, social sharing and engagement ultimately confirms which brands scored big and which brands flopped.

Overall numbers for social ad sharing were pretty dismal. As of Monday morning post the big game, the top 10 ads have so far generated 2,889,156 shares online altogether – a 36% decrease on what the top 10 managed at the same time last year (4,485,297). Now, there could have been a very simple way for brands to remedy those low numbers - they could have posted their ad spots to more social channels before the game.

Brands need to think omnichannel and by sharing their content on different platforms, they drive greater reach and engagement. This year, Super Bowl ads shared on Facebook were often 4-5 times higher than shares of the YouTube format.

Some Of The Top Social Ads

Did you see the ad for Death Wish Coffee? This 11-employee startup won a spot via Intuit's Small Business, Big Game contest. I guess that's one way to get your brand in front of millions and their YouTube views are pretty phenomenal at more than 3 million and counting. A lot of the spots this year used celebrity to fill in for creativity. I guess when you don't have a good idea, just hire a few celebrities to sell for you. Take Amazon Echo #BaldwinBowl for example...funny, but it would not have been the same without the all-star cast.

I especially appreciate the brands that got in the game by being timely and responding to other brands and even what was happening on the field. Verizon's response to T-Mobile was not only humorous, but timely. #getabetternetwork How about this one from BarkBox?

Gotta give some love to Doritos. They seem to always come up with a creative story line to keep us captivated and wanting to share. And look at this, they really used all channels to get their brand out there. 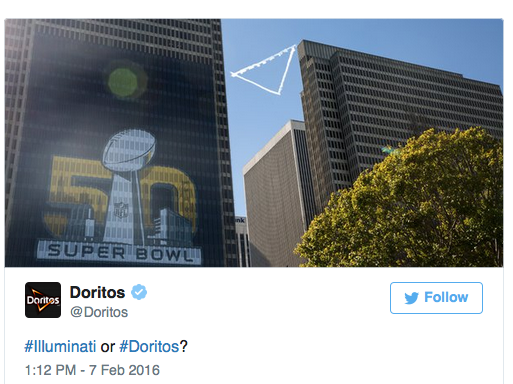 I think the brand that capitalized the most was Anheuser Busch. While we know that they spend enough already on advertising (especially in front of sports enthusiasts), they claim that they did not pay Mr. Manning to say he was going to drink a few Budweisers after the game. That's like getting a $5 million dollar spot for free.