Here’s Why You Should Be Advertising On TikTok 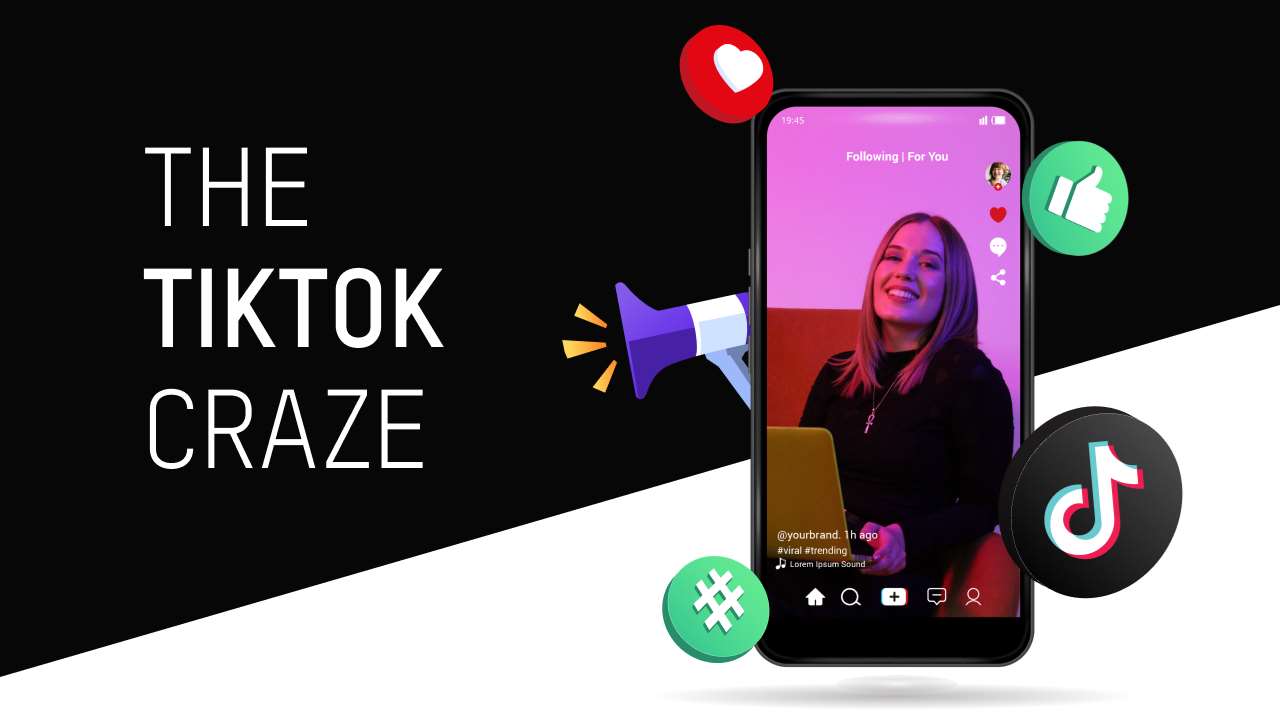 Perhaps this is the perfect time to get on board the TikTok craze.

From being a relatively unknown lip-syncing application to becoming a widely used video-sharing program, TikTok has seen meteoric growth in a span of just two years. This social media platform, which was launched in 2017, reported a 180% boom in usage at the height of the pandemic—amassing a huge following of young consumers (Statista) and surpassing the active user counts of more established applications like Pinterest, Snapchat, and LinkedIn.

With its strong pull on consumers, especially on the younger generation, TikTok has become an inviting advertising platform for most small and midsized businesses (SMBs). And with the growth of consumer spending soaring to $2.3 billion in 2021, TikTok is becoming even more irresistible. So the question is—as an advertiser, should you jump onto the TikTok bandwagon? 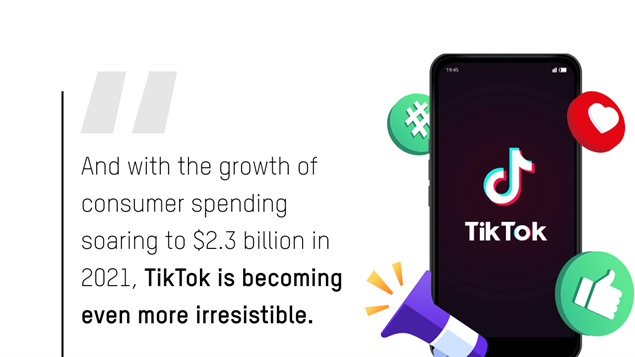 Here are 5 reasons why you should be on this app:

Boost your campaign’s profitability with TikTok’s versatile ad formats. The best thing about TikTok is that it offers you a wide range of options to reach your audience. There are many ways to engage your target consumers—from top view ads, which pop up on users’ feeds upon launching the app, to branded hashtags, which inspire participation from users, to in-feed ads, which look like organic posts.

Aside from its sizeable selection of ad formats, TikTok also boasts flexible ad pricing schemes. With its Ads Manager tool you can set limits on your ad spend depending on your daily or lifetime budget. You can also optimize your spending, even when working around a tight budget. But keep in mind that the minimum spend for a TikTok campaign is at least $500 (Influencer Marketing Hub), so make sure you’re ready to invest that much before giving it a try.

Score high discoverability through organic and paid methods. It’s no secret that TikTok also operates using a unique recommendation algorithm, which makes it easier for you to gain organic exposure. But TikTok also features sponsored content as well. In fact, TikTok ads are known to generate the highest user engagement out of all social media platforms, making it the perfect channel to build brand awareness.

Furthermore, while it's a relatively new platform, TikTok boasts advanced targeting features, which play a huge role in boosting user engagement. You won’t have a hard time reaching your audience thanks to its Ad Targeting tool, which enables precise audience targeting. You can target consumers based on users’ demographics, interests, behavior, location, and even device to ensure users will be actively engaged with every campaign you run. So if you want to double the engagement in your advertising efforts, then TikTok is the key.

Reach a young consumer base across different regions. The main advantage of advertising on TikTok is being able to connect with Gen Zers. At least 60% of TikTok users belong to this age group (Wallaroo Media), which is now the largest generation in the United States. So if you want to reach Gen Zers, then TikTok is the best route to take.

But while this platform is dominated by young consumers, you can also reach a diverse consumer base. At least half of the users on TikTok are Millennials and Gen Xers (WordStream). In fact, recent data shows that the number of adult users on this platform has increased by 5x since 2020. And this number is expected to grow in the coming months as more and more users migrate to this emerging channel.

Without a doubt, TikTok’s reach is expanding, not only in terms of age but also location. This platform isn’t only a hit in the United States but also in at least 150 countries. Available in 70 different languages, TikTok has been penetrating international markets, extending its reach to a more diversified consumer base. So if you want to expand your online reach, TikTok is a smart move indeed.

Integrate it seamlessly with influencer marketing. Much like Instagram and YouTube, TikTok is filled with content creators who can help boost the reach and engagement of your campaigns. This fast-growing industry has reportedly racked up more than $13 billion in revenue in 2021 alone (Statista). Certainly, influencer marketing is one of the strongest drivers of consumer spending at the moment, as 49% of today’s consumers reveal that they depend on recommendations from influencers when making purchase decisions (Digital Marketing Institute). Indeed, combining the magic of TikTok advertising with the power of influencer marketing can provide a big boost.

While there are some who remain skeptical, there are those who are willing to give it a go. Because for them, TikTok is more than just hype; it might soon be the future of advertising.